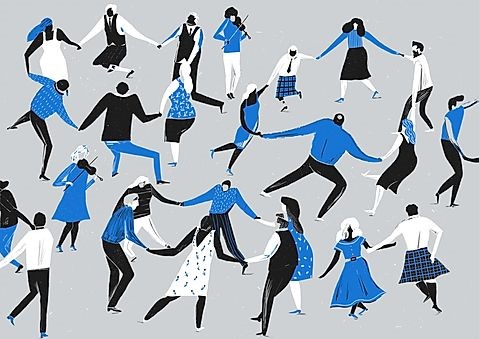 Last time I was in Dunedin, I visited the Smith Gallery in the Otago Settlers Museum. I found myself surrounded  from floor to ceiling with portraits of hundreds of dour Scottish faces. These imposing patriarchs and matriarchs were settlers from pre 1865.

This weekend we celebrate the 180th Anniversary of the first Presbyterian Church Service held in Aotearoa New Zealand on the Petone foreshore on 23rd February 1840. It’s not clear whether or not these Scottish settlers were as long faced as their Dunedin counterparts. They had left behind much, so perhaps had reason for sadness. John Hemery, the captain of the Bengal Merchant, the ship which brought the settlers to Petone, described the steerage passengers as “very quiet, well behaved people”*. It is reported that onboard life was well organised with prayers every evening. A Pastoral address from the Presbytery of Paisley distributed by the onboard minister Rev John McFarlane encouraged “ a high moral bearing, industry and religion”* in the settlers.

I am impressed by the fact that the migrants made time for regular prayers on their voyage, and that one of the first things they did on landing at Petone was to organise a church service. However it also gives me some hope to note that “occasional dancing” * occurred en route!

On Wednesday we mark another event- Ash Wednesday, the beginning of the 40 day season of Lent, which culminates in the Good Friday and Easter Day services. This is traditionally a rather sombre occasion. At the Ash Wednesday Service we will make time to prayerfully consider what the journey towards Easter could mean for us. Hopefully there will be space in the service for your spirit to dance a little also!

Right Reverend Fakaofo Kaio, Moderator of the Presbyterian Church of Aotearoa New Zealand, in his 2020 Lent message has one suggestion you may wish to consider in during this season of reflection-

“Simply put, in preparation for Jesus this Easter, unclutter, clear out, put down what you do not need to carry and unnecessarily burden yourself with. Clear your mind, let go of lingering issues, free up yourself (physically and spiritually).”

But this Sunday, let’s celebrate!

*“Fatal Success: A history of the New Zealand Company” by Patricia Burns