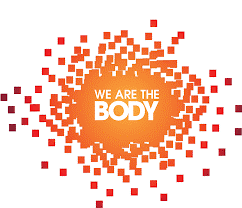 Those of us of a certain age may well remember “The Seekers” – a music group that gave us songs like “Puff the magic dragon”. “There is a Season, Turn, turn, turn” and “The Times They are A’Changing”!

The latter could well be a theme song for our world today.  Things are changing – and fast!  Not least the weather – flooding in Southland while there is drought and fire-danger in Northland.  While writing this the weather is warm and muggy with hardly any wind but “STUFF” tells us the tail end of Cyclone Uesi will bring heavy rain and gales to parts of the South Island at the weekend.  We are learning the hard way about Climate Change – and challenged as to how we are going to deal with it.

The times are a’changing in St Andrew’s too. It is now two and a half months since Susan Jones retired and moved to Dunedin. During that time we have had to get used to seeing different people take services on a Sunday. We have welcomed some new members and a new Music Co-ordinator. Some of us are getting used to the new screens!! All part of the changes in the on-going life of a parish.

On Sunday we will elect four members of the congregation to the  Ministry Settlement Board. The Board will be search for and recommend to the congregation and to Presbytery a suitable candidate to be the next Minister of St Andrew’s. Nominations will close at 9:30 am on Sunday 16 February. Signed nomination forms can be handed to the office on Friday or to Lynne or Catriona on Sunday. A complete list of nominees will then be compiled for presentation to the meeting at 11:30 am. As already announced, Rev Dr Jim Veitch has been appointed by Presbytery Central to convene the Ministry Settlement Board. Presbytery is in the process of appointing two other members of the Board. One of these will be Linda Van Milligan from St John’s in the City; the other is yet to be appointed. Parish Council appointed two Parish Councillors to the Board at its meeting on 13 February. They are Lynne Dovey and Margaret Rushbrook.

In the meantime we are, all together, responsible for the running and well-being of the congregation. It may mean some big changes for us and we need to identify ways in which we can cope with this.
On Sunday Jim will be inviting you to join with him in reflecting on some Biblical passages that may give us some insight into what we might do and be in the time ahead.  So we look forward to seeing you on Sunday. Be early and get a good seat!!

To view the full e-news click on this link: https://mailchi.mp/335a3ffc1c86/this-weeks-newsletter-from-st-andrews-on-the-terrace-3822809