Spirituality blog: Why do we have such a thing about facts? 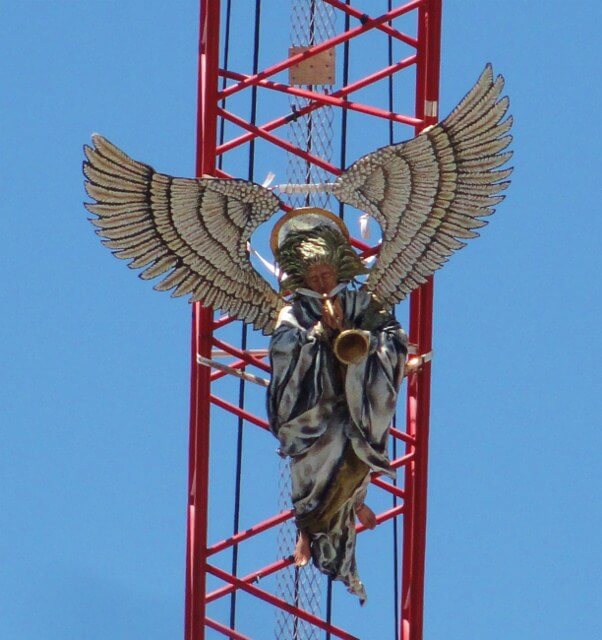 Why do we have such a ‘thing’ about facts?

Some months ago, in church, I listened to a talk given to the children.  We heard about a blind girl gaining sight through a bright light from heaven.  I marvelled at the thought that none of us in the room took the story ‘seriously’.  There were several clues in the story’s details and the way it was told that informed us this was symbolic.  We knew those clues and what they meant.  The story told us about fortitude and faith.  It told us about compassion and courage.  But, it never pretended to tell us about an actual physical healing from blindness.  We didn’t take it seriously in the sense that we thought it was a factually and historically true story.  We did on the other hand, take it extremely seriously, because it told us about compassion, courage, faith and fortitude.

The Christmas narratives are like that story.  In this case they do revolve around an actual event.  We know Jesus was born. We probably have his parents’ names right.  The date of his birth is, maybe, accurate within 6 years (something no five year old would tolerate today!).  As far as that the historical record runs out.

But at the time Jesus was born, the telling of stories, especially about a famous person’s birth, were always embellished with symbolic details.  They told hearers and readers the kind of person with whom they could expect to be dealing.  The Christmas story could be thought of as one of those multiple signposts, like the ones at Bluff or Cape Reinga where the arms point all over the world to different destinations.  Those listening and reading in those times knew this was the convention.  They did not think they were being conned or short-changed with detail.  They knew the arrival of wise ones from the east indicated Jesus’ wisdom, his royal authority, his eastern mysticism.  “Watch this child as he grows!” shouts the story.  “He will be worth listening to.  Though his words may be enigmatic, they will be wise and worth pondering.”

Then the involvement of angels at several points – Gabriel’s annunciation to Mary, the angelic appearance in a dream to Joseph, the “multitude of the heavenly hosts, praising God and singing…” told the people of the time – and us today if we are wise enough to read this signpost – that this child was spiritually significant.  This wasn’t just another carpenter being born or just another young Israeli hothead or just another fisherman.  This was a spiritually important birth.

And those shepherds; humble, smelly, legally regarded as untrustworthy witnesses.  Those shepherds represent their class in society – the poor, scraping a living from day to day, working hard, sleeping rough to care for their sheep, fighting off predators human and animal, men and perhaps women of the earth, close to the animal world.  So too, this child will be a child of the earth, grounded on this planet, humble of origin and lowly of estate.  He is one of us, not only one of the aristocracy.

We have all the information we need oozing out of every pore of this story – why would we need facts?  What do people say? “Never let the facts get in the way of a good story.”  So often we have allowed that to be true with biblical narratives.  We have expected them to do what they were never intended to do.  As John Dominc Crossan reiterates:   ‘My point, once again, is not that those ancient people told literal stories and we are now smart enough to take them symbolically, but that they told them symbolically and we are now dumb enough to take them literally.’

We are hung up on facts because the Enlightenment sold us a pup.  It conned Western society into believing that only the historically true and the empirically provable was important in our world.  It made Westerners ashamed of trusting the ineffable, the inexplicable.  Every time we look into a lover’s eyes or into the face of a new-born baby, feel our spirit lift as music pours over us or rejoice at the resolution of an impossible situation, we should know better.

A disenchanted world is not big enough to cater for our souls.  Let’s re-enchant the world so our soul can flourish with delight.