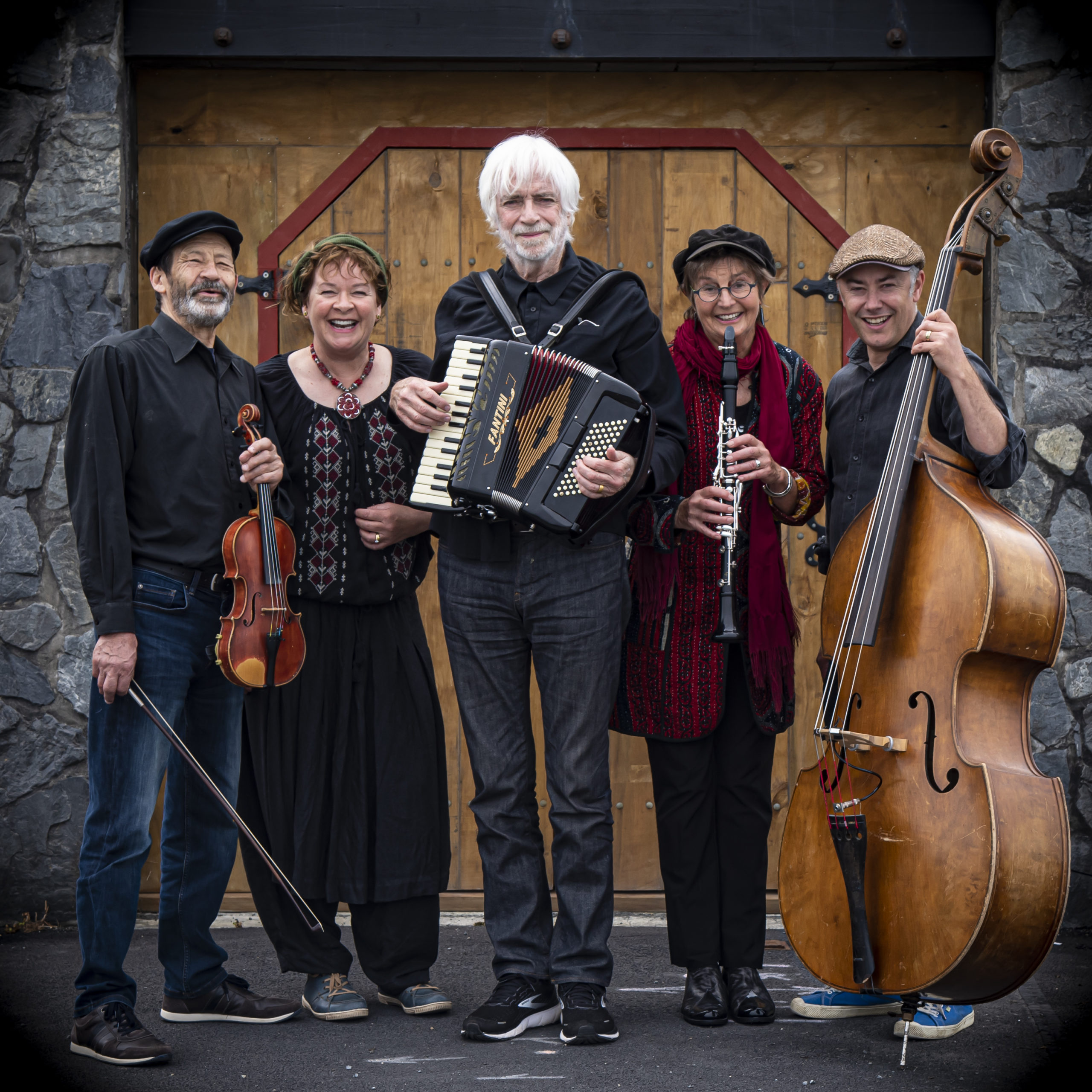 Take 3 former NZSO players, an Arts Laureate composer, a bass player of renown, a charismatic singer and you have the Kugels! The ensemble has been together for 10 years now, and has completed nationwide tours for Arts on Tour NZ, Chamber Music New Zealand, and performed as guest artists at several NZ festivals.

With passion and sensitivity, the Kugels play traditional Klezmer music and original works by their in-house Arts Laureate kiwi composer/accordionist Ross Harris. Klezmer music is the folk music of Jewish people from Eastern and Central Europe and speaks eloquently for the plight of oppressed minorities everywhere. The music is wild, passionate and haunting and makes you want to dance.

The lineup introduces their newest member, Nick Tipping, whose innovative and imaginative bass adds further texture to this vibrant ensemble. Another recent addition is Anna Gawn, whose unique voice takes the music into yet another dimension. The Kugels are on fire!

Masks are needed, but vaccine passes are not required for this venue