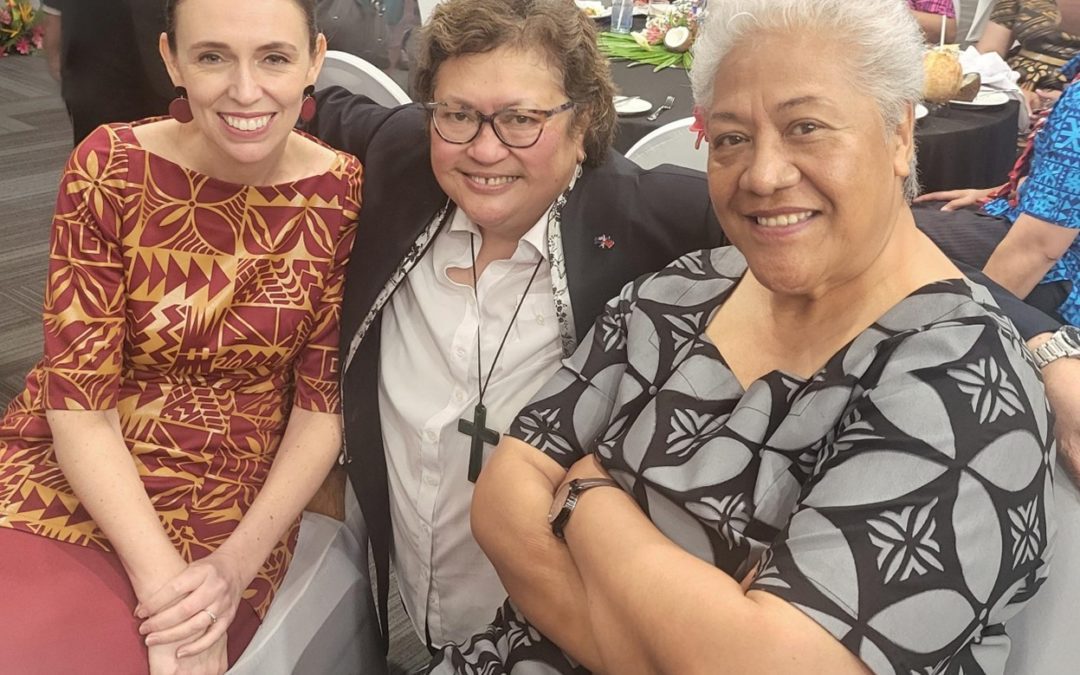 Well, it has definitely been a very busy week. Before going to Samoa we farewelled Graham Howell on Saturday, he will be sorely missed. Going to Samoa with the Prime Minister was the trip of a lifetime, a real honour and privilege to be invited to be part of such an historical and momentous occasion. It was a 28 hour lightning visit, but it was jam packed and full of ceremony and celebration. My aunty Peseta Noumea Simi (my dad’s sister) is the CEO of Foreign Affairs, and she organised the whole visit. It was just the right amount of time for an official visit particularly when the whole country almost literally stops to host the Prime Minister and the New Zealand delegation.

All the political party leaders attended and when they had their combined caucus meeting with Samoan parliament the VIP delegation which I was a part of went to a Samoan Business market and had an opportunity to meet Samoan businesses and sample their products. We were all given gift bags to take home. The leader of the opposition Christopher Luxon told me at lunch that it was really good to meet as a multi-party group in unity and support one another during their caucus meeting. He concluded by saying “and now back to normality lol” I responded by saying “yeah back to playground antics”. I will be talking on my visit particularly the sermon preached during devotions on the friendship between Jonathon and David in the book of Samuel during reflection time at church on Sunday.

I returned from Samoa to the sad news of the death of Betty Houtman. Her funeral will be held at our church on Tuesday at 12pm followed by afternoon tea and burial at Makara.

My sister Helen arrived from Auckland tonight to help me move to my new house in Wainuiomata on Saturday. I will not be publishing my new address online but happy to share it with whoever wants to know but prefer to keep it confidential.

Well, another busy week ahead concluding with Central Presbytery in Palmerston North next weekend. In the meantime, do keep healthy and safe and see you on Sunday. Fei