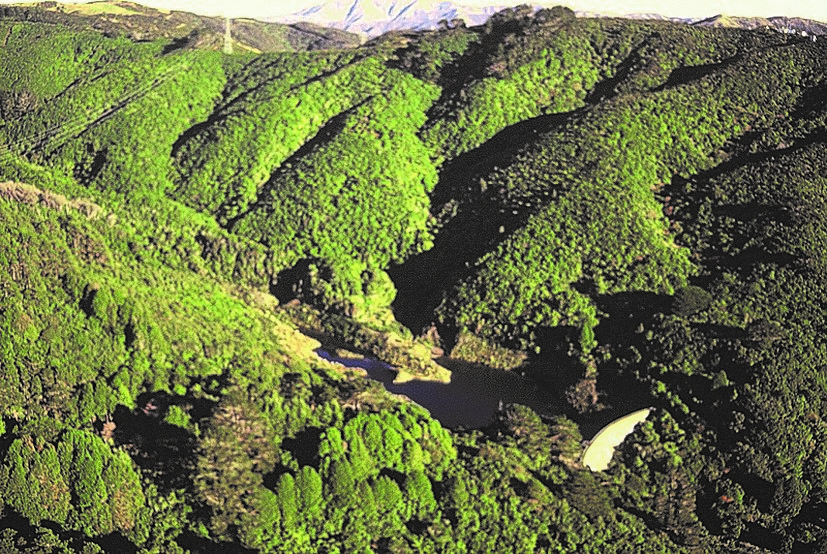 How exciting it is to come to this Season of Creation. We notice that there is change – the length of daylight seems to increase quite noticeably every day and certainly every week. And we have the opportunity over the next four Sundays to think about different aspects and benefits of different themes.  Firstly, of Forestry, and then second Water, Rivers, and the Ocean, naturally followed third by Rainbow which also expresses something of Covenant, and fourth Land. So, we can look forward to how we might sense and interact in different ways with all of these themes.

Creation and evolution are wonderfully exciting. Indeed, in many ways these are the real Genesis. When we ponder the amazing stages starting off with the universe of which there is as an absolutely minute aspect our Solar System with an essential feature being the sun that gives us light and warmth. Then our planet Earth with the particular features of water, and atmosphere and land.

But it is not barren land because the next stage was the evolution of living organisms, what scientists call biota, and from these living organisms evolved. All the different types of flora and fauna including many types of animals.

The absolutely amazing thing is that with one of the five families of the Great Apes the oesophagus lengthened by some 30 – 40 mm and a voice box developed. This enabled that species, humans, to form sounds into words and the thousands of different languages and dialects, and hence the ability to share thoughts, ideas, and concepts.

Not only is creation an ongoing process but what is equally amazing is the way our knowledge and appreciation of so many of the different aspects of creation is increasing. The development of not only the telescopes which enabled people to observe the “bodies” that make up our Solar System but being able to determine that rather than the Sun going round our Earth it was the other way round. Then there were the radio telescopes established in places on Earth which enabled us to “see” so much more. But “looking from Earth was not as far as we could go. Put the Hubble up in space, being able to pick up waves for even further away and discover that there are literally billions of stars “suns” and planets in other galaxies.

So, the theme hymn for our Season of Creation this year is Shirley Murray’s “God of the galaxies”.  There is a spectrum, at one end  all that which in a sense is so far away because getting our head, our thinking, around what is the distance of one light year is difficult enough let alone the concept of x hundred or y thousands  of light-years. At the other end of the spectrum there is being able to discern the genetic structure of this coronavirus called Covid – 19. Whether the particular infection in this person or a cluster of people has the same genetic structure as, or is just slightly different from, the version that infected other persons in our, or in different countries, of our world.

The Season of Creation enables us to think about and ponder a whole range of things and perhaps the most important aspect is how do we care for each other, how do we share what we have with those who have less.

Creation is about things developing and things growing. On this the first Sunday of our Season of Creation the theme is Forestry. Trees grow from a small seed into a mighty tree – how does our faith change and grow as we age? What can we learn from the trees?