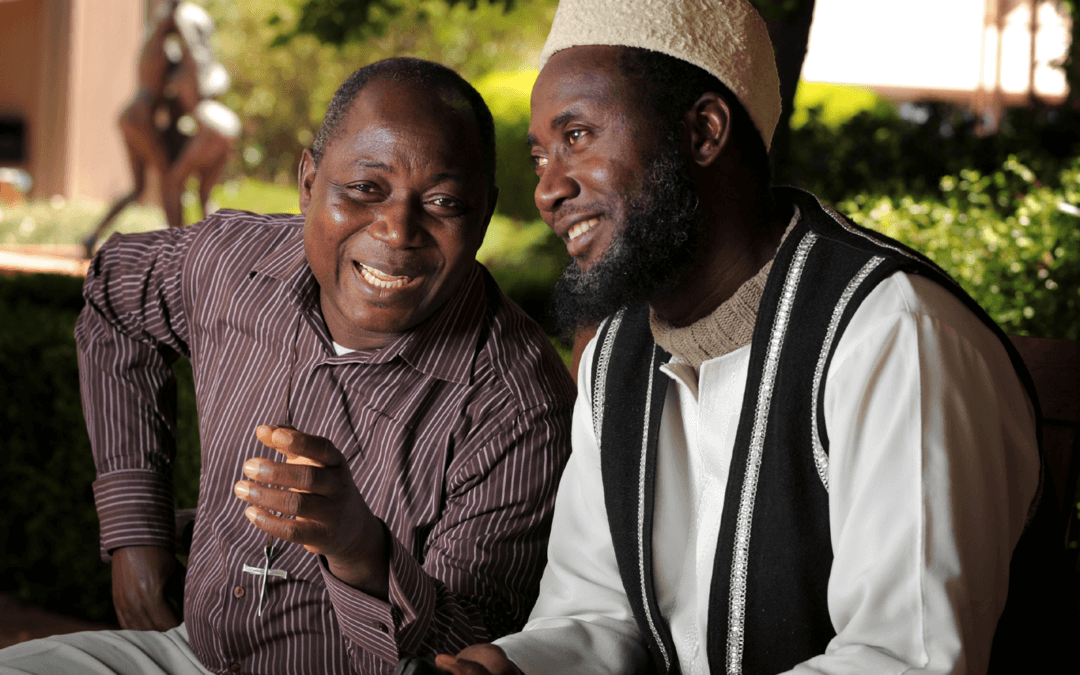 The highlight of this week was the meeting with “The Pastor and the Iman” – two Nigerian religion leaders from opposites sides of the Christian-Muslim divide who have come to know and respect each other.  They now work worldwide to increase trust between Muslims and Christians and their trip to New Zealand was part of that effort.

Each had been personal scarred by religious conflict in Nigeria.  The Pastor had lost an arm in the fighting and the Iman had lost relatives to the conflict.  They met when the British consulate invited them to a meeting with religious leaders over immunisation issues in Nigeria.  In a space where conflict was not permitted, they got to know each other.  Now they are like brothers.

I was fascinated to hear the Iman saying that they would still, both of them, prefer that the other converted to their religion.  They both still see their religion as the best one to follow.  But, they allow those two understandings to stand side by side.  In a sense, the rules are changed so there can be two ‘best’ religions in that space.

I was talking with Rakesh, the Chair of the Wellington Interfaith Council.  He is a Muslim and NZ police officer.  He talked about ‘the interfaith space’ where denominational differences can be put aside and commonalities celebrated.  In September, a national statement on religious diversity will be launched for the country by the Hon Jenny Salesa, the Human Rights Commission and the Religious Diversity Centre.  This will require an ‘interfaith space to flourish in our land.  We have representatives going to this event – wait for the report back.

On Tuesday, the Pastor spent quite a few minutes thanking us as New Zealanders for ‘our’ reaction to the 15 March event in Christchurch.  He said more than once that he thought we had through ‘our’ actions prevented war breaking out.  He and the Iman, he said, were going to go back and tell people that “It is true! We saw it with our own eyes!”  You have played a part in this with your donation for the Iraqi family whom we have been supporting for individual needs.  Thank you for the part you played.  Interfaith cooperation and friendship seem a very hopeful path for the future.

On Sunday we begin celebrating Creation and lamenting what is happening to it.  We plunge in this week with Oceans Sunday during which we will celebrate communion together.  Afterwards we will engage in the congregational conversation.  See you there!

To view the full e-news click on this link : https://mailchi.mp/5e7d2be708a7/this-weeks-newsletter-from-st-andrews-on-the-terrace-1499789