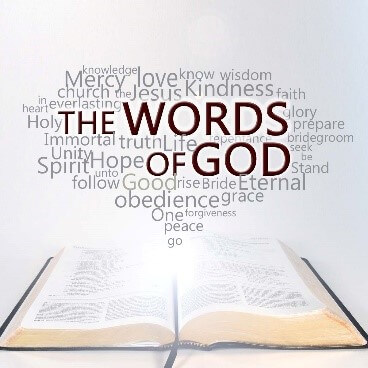 It disturbs me to hear a well-paid footballer stating he is being sacked for following the Word of God.

When talking about scripture, thoughtful Christians are careful to say that the scripture contains the Word of God, not that it IS the Word of God.  The literal words on the page are not words straight out of the divine mouth.  They are the writings of human beings, seeking to express in their own context how they see God reacting and interacting with the world.

These writings have been translated through several languages.  A translation does not always catch the full meaning of the original.  This is especially true of the use of the word homosexuality in the Bible.  It has been used to translate situations which do not fully equate to the homosexuality we see in 21st century society.  In the story about Lot, his daughters and the young men who come to his door in the city of Sodom, the situation is a gang rape situation, not a couple of individuals consenting together to do what they prefer.

The apostle Paul’s prohibitions are directed towards the common practice of older heterosexual or bisexual men taking younger male lovers – creating an unequal relationship sometimes akin to paedophilia.  At the same time, they were committing adultery on their wives.  Knowing the original context from which the words arose is vital for full understanding of the message.

None of these three activities, gang rape, paedophilia in an unequal relationship nor adultery are accepted activities then or now.  But, they have nothing to do necessarily with a gay couple of consenting adults which is what we mean when we use the English word ‘homosexuality.’

The education offered Israel Folau for his work as a pastor in his church needs to be augmented.  It is embarrassing that his interpretation is being promoted as a Christian religious view.  His stance actually reveals substandard biblical interpretation.   Also, whether or not he believes that what he believes is God’s word on the matter, he does not have the right to direct those views into the public arena in a way that denigrates and abuses groups of minorities within our society.  I hope the defence in his coming court case uses some theological experts to de-seat the assumption that this is the ‘correct’ ‘Christian’ viewpoint on the matter rather than a cloak for prejudice and homophobia.

It is also true that Jesus did not mention homosexuality by name.  He was known for befriending and advocating for minorities oppressed in his society.  If people want to wear the badge ‘Christian’ then they need to follow their leader more adequately; that is, follow Christ’s example.  After all, it is his name which names the religion itself.  People who follow Christ’s example are the true Christians.

This week we will celebrate Matariki at the Sunday Gathering.   See you there!