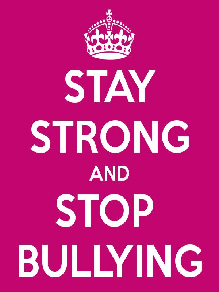 This week I went on your behalf to deliver an oral submission on the Births Deaths Marriages and Relationships Registration Amendment Bill.  Some have asked if they should have come too but actually the room was full of submitters!  A couple also made submissions by Skype, and the Family First petition was delivered in private. (over 22,000 signatures).  Our approach was echoed by several submitters before me, advocating self-determination as the means of establishing gender identity.  This is instead of expecting applicants who wish to change the gender markers on their birth certificate to provide a medically professional opinion on the matter.  There were some poignant stories.  I was impressed by the standard of the submissions.  One very good Skype submission made the point that pre-colonial Maori society acknowledged a fluid range of gender identity which Christian missionary activity curtailed.  She argued that, as a result, gender identity is a Treaty issue – the point was cogently made.

On your behalf I offered pro-bono room space (should they need it) to a group of parents of transgender and non-binary children.  These parents have begun their own facebook support group among themselves across the country.  One mother came from Auckland to make her submission.  I hope this group will get in touch as I’ve had an enquiry from another set of parents needing support and resources.  Networking like this would be an awesome role for us to play.  The Pink Shirt Day event – ‘Tea on The Terrace’ – which Sue McRae is spearheading for us on May 18th is connected to this parliamentary advocacy – the more we can lower the barriers of prejudice and exclusion, the more mentally well all young people will be.  Look at the ways you can help and pitch in!

The ‘younger’ group meets tonight to discuss the recent movie Mary Magdalene.  Some interesting twists in this film – it’ll be interesting to see how people found it.  The director has said in interview that when he read the script he only knew one thing about Mary M – he thought she was a prostitute – and he found out that was wrong!  It was fascinating to see what they did and did not include from the biblical account.  If you are in the region of 20-30 or a ‘little bit more’ this group may appeal to you.  Contact Susan if you are interested.

I will be away next Sunday when Fiona McDougal will lead the Gathering with her usual deft hand, I am sure.  Please plan to come then and on Sunday 29 April when Te Kakano o te Aroha, the Maori congregation which meets in Moera, Lower Hutt, will be coming to ‘our place’ to celebrate the Treaty of Waitangi signing date for the Wellington area.  The Te Kakano minister, Rev Heather Mataamua, says they are very keen.  We will be hosting them to lunch so please bring a generous plate of food.  Honiana and Morrie Love will also attend and speak and maybe bring whanau.  It is great to re-connect with Te Kakano – John Murray and others were instrumental in the creation of this pastorate within the wider Wellington area.
It’s been a rough week weather wise – winter arrived without warning.  My thoughts are with those of you who have lived through 50 year old Wahine Day memories in much the same kind of weather.  That huge storm affected even Southland – I remember the great swell of dirty brown water pushing out into Riverton Bay as the rivers brought the floodwaters down from the hills.  We are indeed fortunate that there are men and women who give time and effort to rescue ‘those in peril on the sea’ and that passengers acted with courage and tenacity.
See you Sunday!