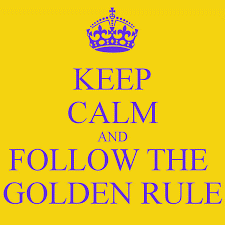 The details don’t matter because they are between specific people (outside our congregation) and me, but I am, I realise, feeling frustratingly marginalised.  One area is a wider church issue, the other is an academic issue.

Any majority group – that is any group which has power and influence – can quickly forget there are other people in the world different from them.  Maybe if women had all the power and all the influence they too would forget there were other people in the world.  Certainly there is that distressing experiment where first of all blue eyed people were discriminated against, then the discrimination swopped to brown eyed people.  To the researchers’ horror, the blue-eyed people were more aggressive persecutors than the brown eyed people had been.  The blue eyed’s anger at having been discriminated against took its release in retaliation, not in treating the Other the way they wish they had been treated.  So there is no guarantee that if we simply change the leadership or the membership of the group that we will get a different result.  How depressing!

Please observe in the notices below the invitation for submissions on the expungement bill.  If anyone wants to be in on preparation of a submission from us here at St A., do get in touch.

Notice too the concert on July 28.  Invite your friends.  Bring money for food and drink and be ready to enjoy a great night.  Notice also the ‘fair income for all NZers’ night on August 15.  Tell others  how good the last one was.  If you’re on Facebook, it’s been posted there as an event so send it round your networks.  We think Facebook is how we got such a good audience for the housing event.

Presbytery Central is holding a Gathering in August (18-20) at St John’s in the City.  This event is biennial but only comes to Wellington about once every 3-4 years.   It is organised with everyone in mind and very few or no business sessions.  There is a full day of speakers and workshops on the Saturday August 19th following a day for ministers on the Friday.  We will send out a link to the information pack early next week.  The keynote speaker is Prof. Gillian Clark who is an historical expert on Augustine.  Other workshop leaders include: Jill Kayser, (Kids Friendly) Paul Somerville,(Empower Asia), Ross Scott (Chaplaincy), Derek Woodard Lehman,(CTPI),  Murray Sheard (Tear fund), Stephanie McIntyre,(DCM) Malcolm Gordon, (PCANZ music), Gordon Fitch (PCANZ Youth).  You might want to plan to be there.

Hope you can keep warm and dry this weekend.  On Sunday we will consider the possibility or not of imaging God in art and how we have attempted this over time.  Also after church the Exploring Faith study group meets to continue our investigation into how violence crept into the Bible.  See you all then!

To view the full enews for this week, please click on the link below: